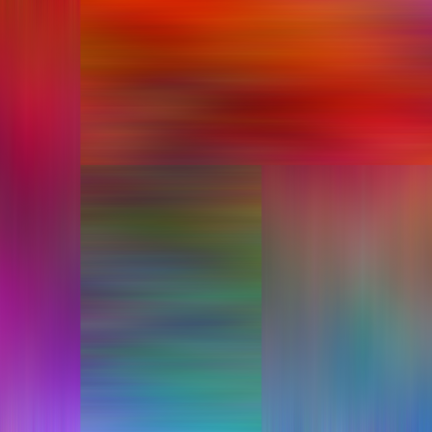 Effective.ts is a library I recently released, which aims to make it easier to write safe, concurrent, fault-tolerant programs in TypeScript. It takes heavy inspiration from the way side effects are handled in pure functional systems like Haskell and Cats Effect (Scala). This tutorial introduces some of the basic concepts and unique features of the library.

The most important concept in the library is a type called IO. An IO is an action - a fragment of a program. When it is run, it can perform side effects, like writing to disk or making HTTP requests. It is a thin wrapper around an asynchronous function, which is why it returns a promise when it is run.

The best way to write programs with effective.ts is to combine these small fragments of programs together into larger more complex actions, until you have a single IO which represents your entire program. That means you only need one call to .run() which comes at very top level of the program.

At this stage, it might seem like unnecessary indirection to create an IO then run in later in the program, but this separation gives us much more power to manipulate the control flow of our program, as we will see in part two.

Let’s see how we create an IO.

To get started we need to import IO:

The simplest way is using IO.wrap. This creates an action which will return a specific value when it is run. The action always succeeds and does not perform any side effects. Some other libraries call this function pure or return.

That’s all well and good, but we want to perform side effects! For that we need to use the IO function.

In the above example, console.log does not return any useful value, so the result type for the action is void.

We can also create actions which perform asynchronous effects, such as network requests.

Notice that the type of makeRequest is IO<Response>, not IO<Promise<Response>>? That demonstrates something important - all actions in effective.ts are implicitly asynchronous, so the types do not distinguish between synchronous and asynchronous. You shouldn’t need to use async and await at all, or deal with promises directly. Asynchronous actions are awaited automatically by the runtime.

Now that we know how to build a basic action, how do we go about combining these into full programs? IO has a few methods to help.

The map method can be used to transform the result of an action using a pure function. It is equivalent to the map method on an array.

The andThen method is used to perform one action after another. The function which produces the second action takes the result of the first action as an argument. This function is sometimes also called flatMap or bind. It is what makes the IO type a monad.

These features alone are enough to build up many programs. But in the real world, nothing ever goes quite to plan. It’s time to look at how we can handle those pesky errors.

The standard way of dealing with errors in TypeScript is to throw an exception, then catch it with a try/catch block. While this does work, it has a few problems. It is hard to maintain type safety in catch blocks, because the compiler does not know what kinds of exception can be thrown. That is why TypeScript uses the rather unhelpful any or unknown types for caught exceptions.

The second problem comes when you call a library function. As a user of the library, it is hard to know what kinds of exceptions the function might throw. If you are lucky, this information will be described in the library documentation, and if you are very lucky, the description will be up-to-date!

In effective.ts, you can “raise” an error, which is equivalent to throwing an exception. The difference is that the IO type describes in its second type parameter what types of error the action can possibly raise. This helps to make functions self-documenting.

// Because the error type is "never", we know this // action will never raise an error. const neverFails: IO<number, never> = IO.wrap(456);
const alwaysFails: IO<never, TypeError> = IO.raise(TypeError("validation failed")); // Returns a promise which rejects with the TypeError. alwaysFails.run();

As we saw earlier, when we want to call outside code with side effects, we need to wrap the call in IO. This includes any code which might throw an exception. When we run the action, it will catch any exceptions which are thrown and raise them in the IO context. Since we cannot know what exceptions third-party code might throw, the error type this case defaults to unknown.

If you do not care about precise tracking of errors, you can leave them typed as unknown throughout the program. If you do want precision though, you can convert the unknown error to a known type. You can do this with the mapError method, which is the calamitous cousin of the map method we used previously - it transforms an error using a pure function. If the action does not raise an error, the transformer function is never called.

If we want to recover from an error instead of just transforming it, we need the catch method. The catcher function returns an action, so it can use IO.raise to re-raise an error or IO.wrap to return a fallback value.

In the example above, we can see that the error type for the entire fetchWithCatch action is never, meaning it will never raise an error. This is inferred because we caught any errors and did not re-raise them.

When programming with effective.ts, it is important to use IO.raise instead of throwing exceptions directly, otherwise the types of the errors will not be tracked correctly.

We’ve now covered the basics of effective.ts. We can use IO to represent actions and combine these actions into full programs with error handling.

In part two, we’ll dive in to what really makes the library special - its support for concurrency, fault-tolerance and cancellation.

TypeScript 4.1 has just been released. This edition of the language builds on the features introduced in version 4.0 with a group of new tools which provide typesafe ways to express common dynamic ...

A few weeks ago, I returned from an ill-advised excursion to London to discover that I had picked up COVID-19. Whoops. Luckily my symptoms were very mild, but I still had to remain in self-isolatio...